Build your own drone (part 6) – The power supply 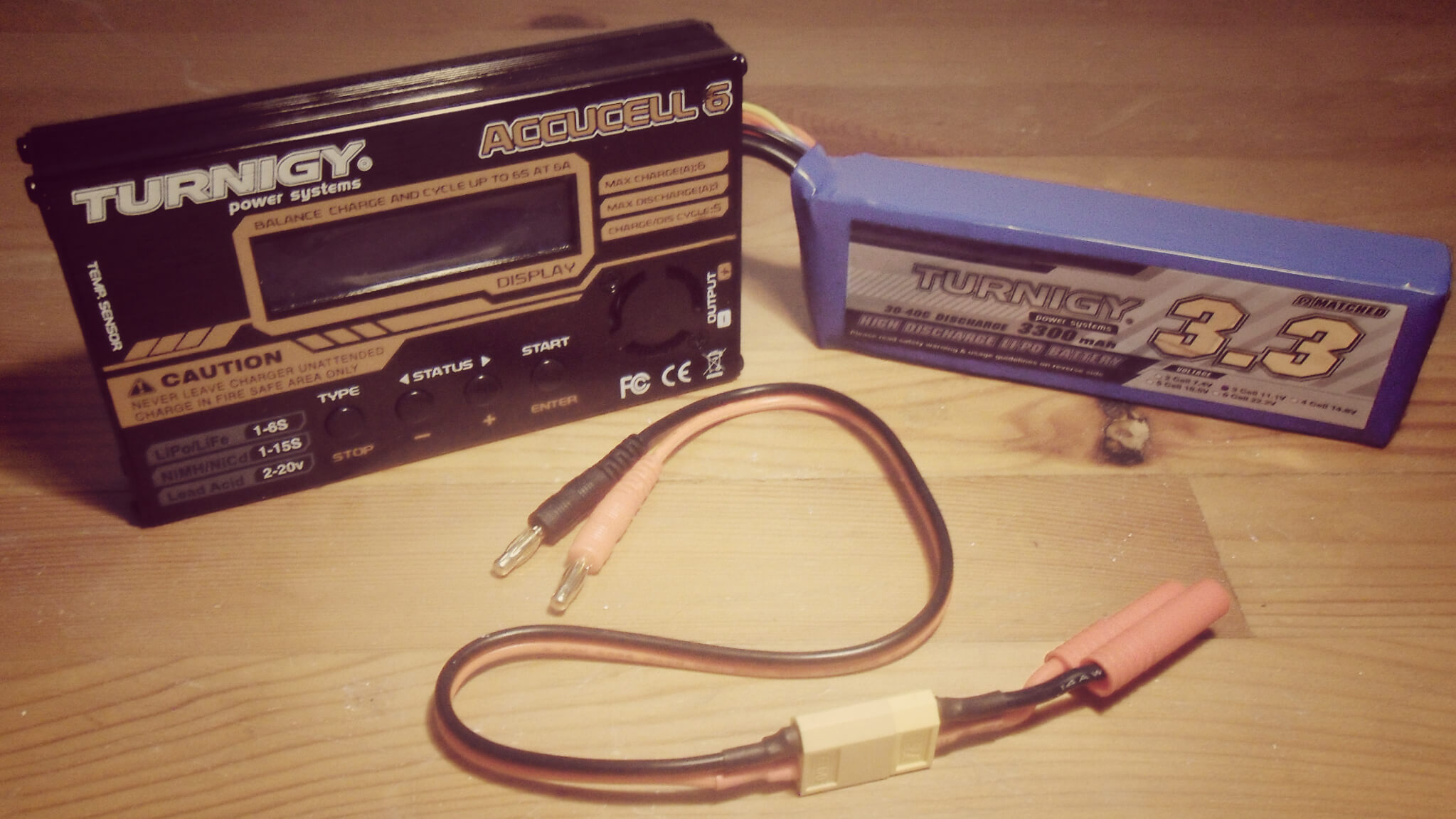 Sadly, a drone is not completely magical. It still needs energy to fly.

What seemed really simple at first (connect a battery, click your heels 3 times and voilà: a flying drone), turned out to be one of the most difficult steps in this whole proces for me.

Caution! LiPo batteries are dangerous. As with everything: make sure you are properly informed before using them.

The first thing I learned about AA-batteries as a kid, was that it’s ok if you use them so much that they end up dead. The fact that that mostly happens right in the middle of your game, is a whole other issue*.
(*frustration talking here).

The first thing I learned about LiPo batteries, is that you can not let them die. Turns out LiPo batteries aren’t rechargeable once they are drained completely. Should that happen to you, say goodbye because they’re ripe for the bin.
(Yes, there are ways to try and recharge them once they’ve died and yes, I tried that out, but no, none of those tactics are really safe.)

By the way, to avoid your batteries from dying on you mid air, causing your drone to ‘fly’ to the ground at 9,81 m/s2 , it’s of paramount importance (look at me using fancy words) to figure out when your battery is almost dead.

Therefor, let me introduce you to the Low Voltage Alarm. An investment of a whopping 2,54 EUR that will prove to be a sound one. (Ever seen a drone hit someone in the head, when there’s nothing you can do? Neither have I and I intend to keep it that way. My drone missed my girlfriend by a hair and I ‘m still hearing about it. )

Got a handy-dandy standard battery charger lying around? Good for you, but you won’t be able to use it for this project I’m afraid.

You’ll actually need quite a lot of equipment and not only to simply recharge the battery:

The grey bag on the left of the picture is a safety bag. By now, you’ve learned that LiPo batteries are not that safe and that they can easily catch fire. Should that happen, send me a card and thank me for advising you to buy (and use!) this bag. I’d also advice you to hang around while recharging this type of battery so you can keep an eye out for a sudden swelling. (Hint: a swollen battery is bad, bad news.)

So: put your entire battery, except for the two wires, inside the bag. Then, connect one wire to the HXT 4mm to XT-60 Battery Adapter and the other wire to the battery charger (with supplied wires).

By the way, that battery charger comes without power supply, so you might want to provide a 12V power supply for that.

Once you’ve got everything plugged in, set your battery charger to LiPo. In addition to that, make sure the number of cells on the battery and the charger are the same (THIS IS IMPORTANT) and start your balanced charge.

Now for the good news and the bad news.

Good news: once your battery is charged, nothing stops you from flying to your hearts content (or at least until the battery decides it’s done for the day).
Bad news: just because the battery stopped working, doesn’t mean you’re off the clock.

Once you’re done flying, you can’t just put away said battery. You’ll have to reconnect it to the charger that you’ll set on ‘storage’. Once that proces is done, you can disconnect your battery, put it away, grab a beer and be damn proud of yourself.

How to fasten a battery

‘Minor detail’ once you’re flying is that you’ll probably want your battery to hang on there tightly; seeing how you want to be able to control your drone (Believe me, pissed off girlfriends are no joke).
I started of using cable ties but it unnerved me that I had to throw them away after each use.
My go to methode became a sturdy velcro strap but any kind of strong velcro will do.

Once the battery is securely attached, you can connect it to the wire we made in this blogpost.

Now, and only now, click your heels 3 times and voilà: let there be power!

This site uses Akismet to reduce spam. Learn how your comment data is processed.